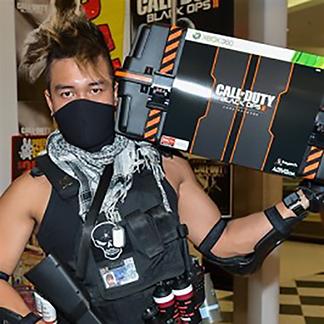 In September, Pulse Communications helped Activision bring the latest installment of the world’s biggest gaming franchise Call of Duty, to Australian shores.An exclusive hands-on media and influencer event at CarriageWorks gave a select few the chance to test their COD skills ahead of the highly anticipated November 5th launch.   Challenge: Call of Duty is the biggest selling entertainment franchise of all time.To continue the success of the gaming phenomenon, Activision engaged Pulse Communications to help launch its latest release, the ninth installment in the franchise Call of Duty: Black Ops II into the Australian market.Q4 is the busiest time in the gaming calendar and the challenge was to ensure that we generated a high level of anticipation about Call of Duty: Black Ops II  and effectively communicate to consumers why they should purchase this game above all others in market. We needed to drive home that this was a bigger and better game than its predecessors and competitors.Strategy: The gaming community were key in driving early buzz around the game. They are our core audience so we hosted an exclusive event to give our top 50 AU players the chance to play the game before anyone else.Celebrity influencers were also important in spreading the excitement of Black Ops II. Pro rugby players like Quade Cooper and Karmichael Hunt, musicians like Ronan Keating and Guy Sebastian received early delivery of the game which lead to them driving conversation ahead of the release within their fan base.We also hosted AU media at several press events in Los Angeles throughout 2012 to secure front cover features which gave fans their first look analysis of the new game.Results: We landed front covers across the main gaming magazines. We generated mainstream news stories off the back of nationwide midnight store launches at EB Games including a prime time news feature on Sam Worthington’s role in the game on Today Show.

We generated mass conversation through social media channels and drove early talkability of the game.

Other work by Pulse Communications