Bonningtons was faced with a significant challenge. Increase awareness in a congested ‘cold and flu’ category. The Solution. A data led approach that enabled Bonningtons to accurately predict the flu season in each market to maximise awareness when people were suffering. 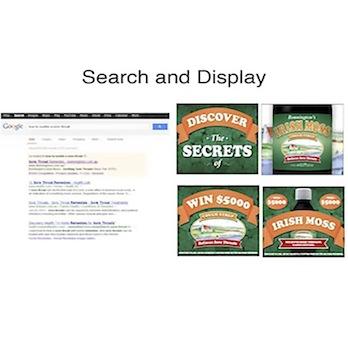 What do you do with a $100k budget in a category that spends $24m in the space of 4 months? Bonningtons was faced with a significant challenge. Increase awareness in a congested ‘cold and flu’ category. But with our size came a distinct advantage. The ability to be nimble and invest when the flu season was ACTUALLY going around. The Solution. A data led approach that enabled Bonningtons to accurately predict the flu season in each market to maximise awareness when people were suffering.So what does a flu tracker look like? 6 years of Google data, 1 season of search intent data and real time ingestion of facebook and twitter chatter all aggregated to not only record in market behaviour but to correlate with historic data to predict when the peak season would hit in each market.This was a huge advantage. While most other advertisers book TV up to 12 weeks in advance and roll out the same media plan every year we made sure that our dollars worked harder than anyone elses.We tracked, predicted and waited for the optimal time ot go live in each market. And when the time came, we retargeted those who were searching for cold and cough remedies and then profiled these users and focused our advertising efforts on cost efficient digital display and Facebook ads.But we didn’t stop there, we knew our awareness and brand saliency were suffering and we needed to introduce the brand to a new audience. So we built a promotional mechanic to encourage those targeted to ‘Discover the Secret of Bonningtons’s Irish Moss’. Through incentivised programmed learning we were able to introduce the brand to new users and help them learn what makes Bonningtons Irish Moss special by having them discover the 3 key brand attributes and Bonnington’s unique selling points.By ingesting multiple data sources into “The Brain”, Bohemias Data Inteligence Platform, we were able to fuse together previously unrelated data sets to predict the season based on correlations with previous flu seasons. Bohemias proprietary data visualisation platform (Visio) was then able to visualise this data so that we could report on the flu season at hand and alert the digital team to determine the location and timing of when to deliver our media campaign.The Results. Scan data is yet to be made available but we saw a strong response to the campaign. Over 2,600 competition entries, and display CTR’s of 0.12% (over 3 times the industry average). Using data at the heart of a media strategy we were able to predict the flu season in a year with a lower incidence than usual to ensure we were live at the relevant times and maximise our investment and focus when it was actually needed.