Carnival Cruise Lines’ support of Red Nose Day was an effective campaign to help build brand reputation and raise awareness for Carnival, by demonstrating a show of support for renowned Australian charity, SIDS and Kids. 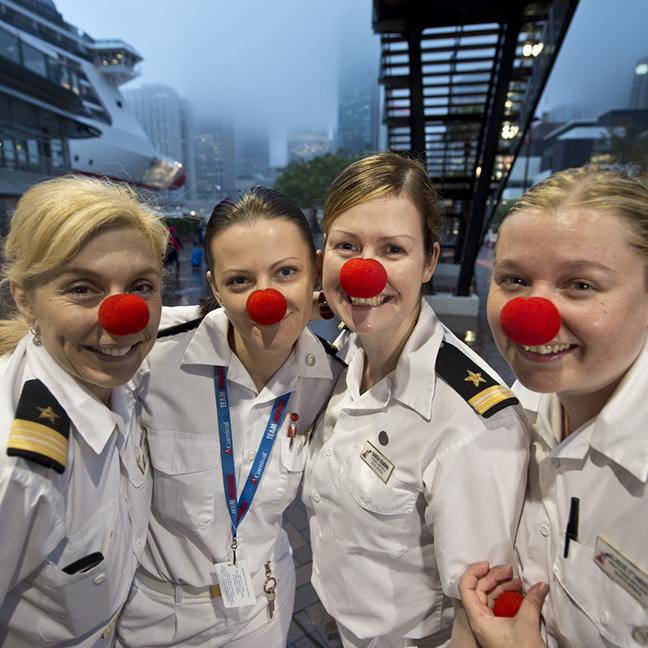 Carnival Cruise Lines’ support of Red Nose Day was an effective campaign to help build brand reputation and raise awareness for Carnival, by demonstrating a show of support for renowned Australian charity, SIDS and Kids.

Challenge:In 2013, the Carnival Cruise Lines (CCL) brand suffered with some incidents involving ships from its fleet. Ogilvy Public Relations created an occasion to build brand awareness and restore reputation, hijacking an iconic moment in the Australian calendar, Red Nose Day, and forming a partnership with Australian charity, SIDS and Kids.  This particular fundraiser was identified as the perfect brand fit thanks to its mantra of ‘get silly for a serious cause’ because, at CCL they are serious about creating fun (and sometimes silly) holiday memories.Strategy:In an engineering feat, a specialist company was engaged to design, build and install the largest ever red nose on a cruise ship.  Seven metres in diameter, the nose was illuminated from within allowing for a strong vision opportunity at dawn as Carnival Spirit sailed into Sydney Harbour past Australia’s two greatest icons – the Sydney Opera House and the Sydney Harbour Bridge. Guests onboard Carnival Spirit participated in and enjoyed a host of themed fundraising activities onboard including a charity walk, themed menus, colouring in competitions and games. In the lead up to the event, consumers were given a chance to win a cruise for two by ‘red nosing themselves’ on an interactive website – rednoseme.com.Result:As per our objectives to generate mass coverage, the success of the project was clearly illustrated by the quality and quantity of media coverage and conversions taking place online:• 65 pieces of coverage secured in Australia and internationally generating over 178 million impressions• Every commercial TV station covered the story, reaching over 250 metro and regional stations• The TODAY Show ran six CCL branded weather crosses reaching 350,000 viewers• One of the world’s highest reaching news websites, The Daily Mail, ran a photo-gallery of Carnival Spirit and her giant red nose• The hero shot of Carnival Spirit reached 144,400 people via Facebook alone. The same image was liked by over 2,000 people and shared 240 times• 100% of coverage was positive and included images of the ship wearing the nose• Over $10,000 toward SIDS and Kids was raised by CCL and Carnival Spirit guests in onboard and in-house activities• 3,450 people entered the online competition to win a cruise for two on Carnival Spirit