What began as a brand consulting project for QR on the separation of its coal and freight assets from the passenger business, turned into one of Australia’s largest brand programs when the Queensland Government announced the biggest public share offer in more than a decade. 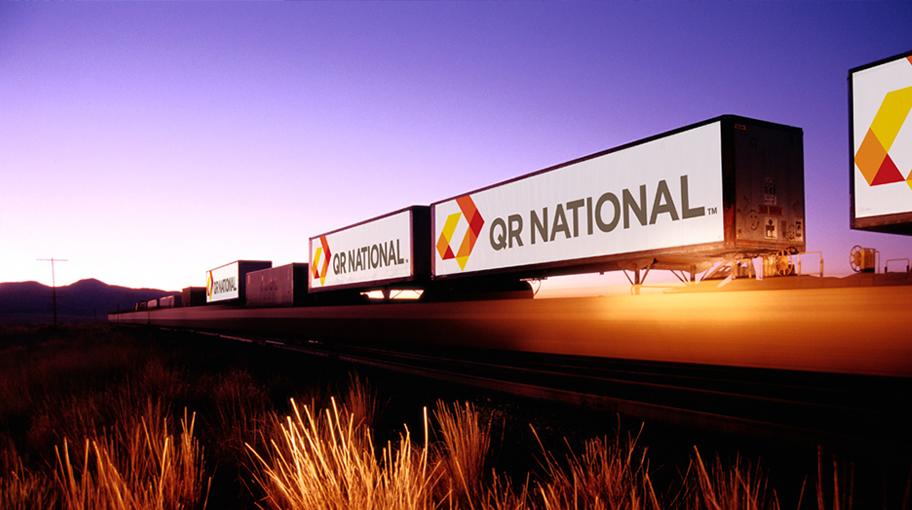 The sale of the coal and freight business, QR National, called for a world-class brand strategy and identity. With our in-depth understanding of the many facets of the business, and complex stakeholder management, Cornwell created an identity and brand positioning that was launched to establish QR National as a truly national company in the lead up to the IPO. QR National is Australia’s largest rail freight operator with over 145 years of experience. The identity reflects the company’s Queensland origin, while the new faceted Australia symbol illustrates its nationwide service.

We created a brand platform to position QR National for its future as a nationally significant player. It was important to emphasise its status as an independent company, and important that potential investors appreciated the fundamental role QR National plays in Australia’s economy. We implemented the brand across infrastructure assets such as rolling stock, livery and signage, as well as uniforms and communications collateral. We designed a staff engagement program to launch the brand internally to 9,000 employees and delivered a style guide for the IPO communications. The float raised $4.6 billion and today the positioning ‘Moving a Nation’ is as relevant as ever.

Other work by Cornwell