Repromed’s Donor Campaign evolved from a basic need: one in six couples in Australia experience problems conceiving a child. 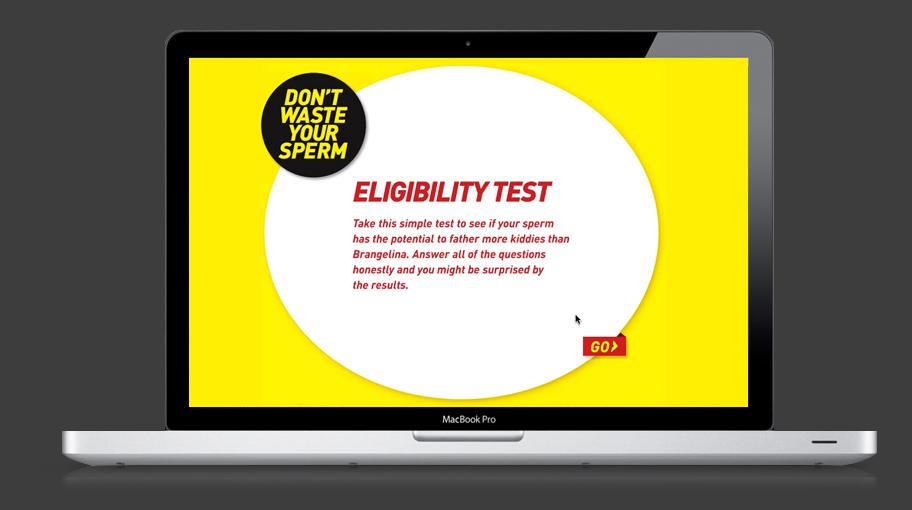 These days the biggest cause of infertility is related to male, rather than female, issues. So when a leading Infertility Clinic, Repromed, approached us to help them attract more sperm donors we jumped at the challenge.

There were, of course, a few barriers to attracting more sperm donors.

The first was that sperm donors in Australia do not get paid. Secondly, they need to pass a wide range of detailed medical and genetic tests and thirdly, legislation in South Australia required that they be able to be identified as the father, after any offspring turned 16 years of age.

Oh, and there was one other slight restriction.  The budget for the campaign was $10,000 (including any media).

JAM developed a campaign focussed on a single appearance of a full page ad in FHM magazine using a stock shot ‘lingerie model’ and the line “don’t waste your sperm” and a unique website (www.becomeadonor.com.au) that created lots of comment and, in a light-hearted way, checked the participant’s eligibility.

Over a six week period the web site attracted over 100,000 hits, 5,000 men completed the eligibility test, there was an enormous amount of discussion on-line through blogs, news and social media and it generated a large amount of traditional media attention.

By the end of the campaign Repromed had attracted five times the number of genuine donors they had started with.