‘Coca-Cola’ has always been an integral part of people coming together. But with the world flocking to the digital space, how we connect has started to change and, it would seem, the more friends we gather online, the fewer we see in real life. 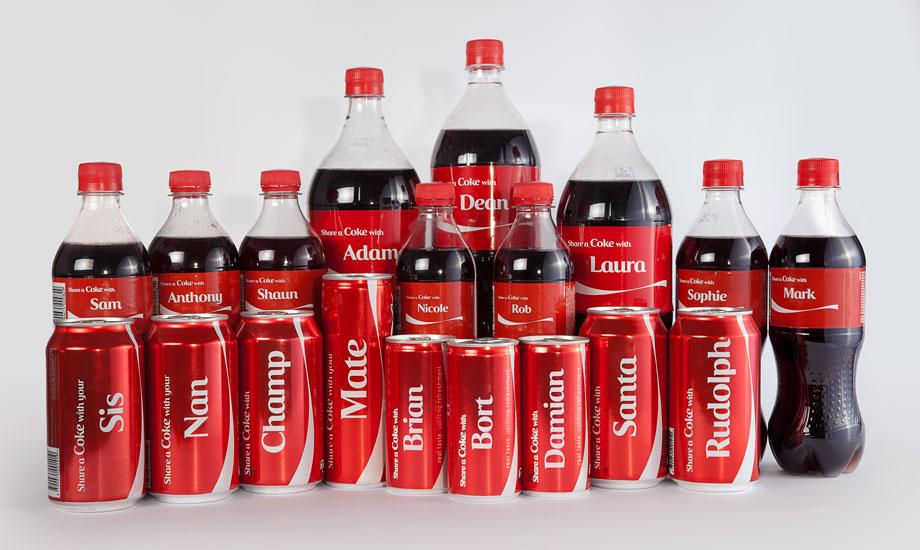 And nothing reminds people more about the people in their lives than their first names.

This is especially true in Australia where we call anybody by their first name, or ‘mate’ for that matter. There are no social hierarchies or antiquated formalities.

By printing the 150 most popular Australian names on our bottles we reminded Aussies not only of those people currently in their lives, but also people they may have lost touch with, and gave them a reason to connect. And thus, our ‘Share a Coke’ campaign was born.

The campaign aimed to quickly become social currency amongst family and friends. We therefore had to listen to what our consumers were doing with the campaign in order to be able to surprise, to keep the campaign’s momentum up, and spark further conversations.

Prior to the campaign launch, ‘Coke’ bottles with names on began appearing in fridges across Australia allowing consumers to discover the names on-pack themselves.

The campaign launched across the biggest weekend in Australian sport, the AFL and NRL Grand Finals, reaching 30% of the population. Our TVC’s featured photos of real people who shared that name, crowd-sourced from our fans.

To fuel media buzz, personalised ‘Coke’ cans were sent to local celebrities who invited their network of fans to connect and ‘Share a Coke’.

Consumers were also invited to SMS a friend’s name, which was projected live on the iconic ‘Coca-Cola’ sign at Sydney’s Kings Cross. They then received an MMS enabling them to share their friend’s name up in lights, via Facebook and email.

Participation and Mass Sharing was achieved through the Facebook platform – providing the tools to connect and ‘Share a Coke’. We listened to our Facebook audience and asked them who they wanted to ‘Share a Coke’ with most. After 65,000 people got their say, 50 new names were released.

Some people were so highly involved in the campaign that they shared their stories with us. And we broadcast this content to celebrate the connections we made throughout the campaign.

The investment in this summer campaign and breakthrough creative work has delivered outstanding results. Not only was Coke the number one most talked about Facebook page in Australia, sales volume increased by 4%. Specifically, young adults’ consumption increased significantly during the campaign, increasing 7% (Source: 3MM P4W Consumption Oct-Dec 2011 B3 Survey Australia).

‘Coca-Cola’, once more, had become social currency and a significant part of popular culture.