In 2009, Telstra Enterprise & Government (Telstra’s largest sales and service division, which provides services to more than 1,500 large organisations) launched a three-year thought leadership campaign to re-position the brand from transactional supplier to trusted advisor and differentiate it from its competitors. 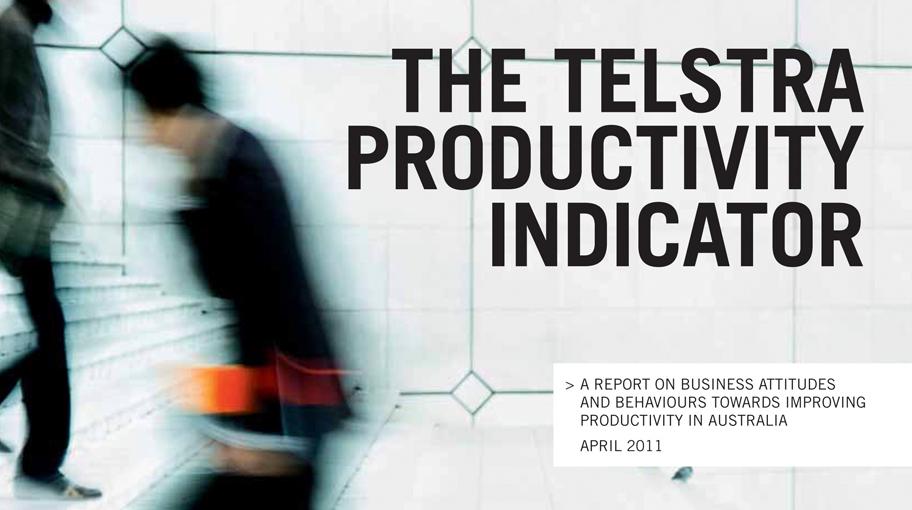 For the third year, Howorth worked with Telstra Enterprise & Government to launch the “Telstra Productivity Indicator” – a commissioned research report surveying more than 300 directors, senior executives and managers around their attitudes and behaviours to productivity.

In 2011 the research focused on traits that successful businesses had in realising productivity improvements, a group Telstra labeled ‘Productivity Leaders’. Over the last three years the campaign has successfully been integrated into TEG’s sales and marketing initiatives, meaning that besides media relations activity, Howorth has been integral in developing internal collateral including sales materials, customer brochures and website copy.

The challenge was in launching findings that would still continue to be relevant and interesting to Telstra’s target audiences and the media. As has worked well in previous years, embargoed media briefings were conducted with tier one business and technology media to maximise the amount of quality media coverage. Following the briefings, a general news release was distributed.